Our Practice in Lemon Grove

Serving the Families of Lemon Grove Since 1983

Our dedicated and compassionate team of eye care professionals is committed to providing high-quality, state-of-the-art eye care to our patients in San Diego.

Since 1983, Lemon Grove Optometry has had only one goal in mind: to offer advanced and personalized eye care services to transform our patients’ lives. As a partner of Total Vision, we have the toolkit and technology to establish an extraordinary standard of care.

Using a combination of leading-edge diagnostic technology and a genuine interest in your eye health, our team offers comprehensive eye exams and is experienced with diagnosing eye diseases, conditions, and health problems. For truly proactive and informative eye care that focuses on your personal needs, please call us today and book your appointment! 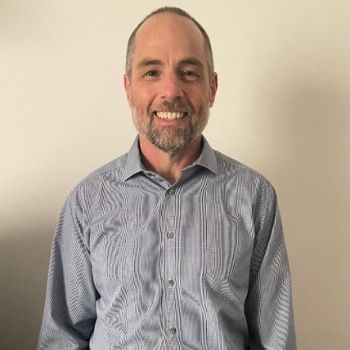 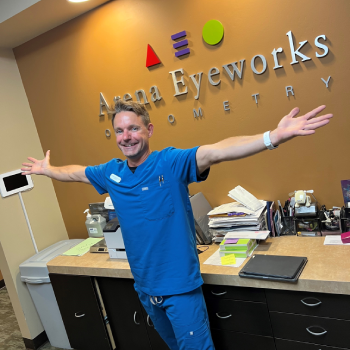 Dr. Wesling received his doctorate in optometry from the Southern California College of Optometry and received a bachelor’s degree in biology from the University of Missouri, St. Louis. For the past 15 years, he has been in private practice in the Lemon Grove area and has also worked part-time with the San Diego VA Healthcare System. Dr. Wesling is a member in good standing with the American Optometric Association, the California Optometric Association, and the San Diego County Optometric Society. He is also a member of the San Diego Vision Source Group and the Lemon Grove Historical Society.

Dr. Wesling met his wife, Dr. Usha Hari, while attending the Southern California College of Optometry. They have been in practice together for the past 15 years and have 2 wonderful children. Besides practicing optometry, Dr. Wesling enjoys coaching his son’s soccer team, surfing, and camping with his family.

Dr. Santarlas received his undergraduate degree from the University of South Carolina in marine geochemistry. He spent three years in the US Naval Reserves and then completed a postgraduate year at the University of Queensland in Brisbane Australia studying satellite remote sensing. He subsequently obtained his doctorate in Optometry from the University of Missouri – St. Louis in 2002. Upon graduation, he started a private practice in rural Illinois where he practiced solo and in group retail. He moved to San Diego in 2008 and became involved with the UC San Diego Shiley Eye Center. Here he specialized in pediatrics and community Ophthalmology.

In 2010 he took a contract with the US Army to help start a practice at Schofield Barracks in Hawaii in conjunction with the withdrawals from Iraq and Afghanistan. In addition, he was part of a Honolulu-based surgical center managing pre and post-operative LASIK patients. In 2012 he returned to San Diego and instituted a dry eye clinic at Arena Eyeworks and continued to specialize in pediatrics, complex contact lens fittings, and preventative eye care.

From 2019 to 2021 he finished his Master’s in Public health and served with the US Army Garrison Bavaria in a field health center in Grafenwoehr Germany where he earned the US Army’s Commendation Medal. He then spent the last year with the US Department of Health and Human Services launching a diabetic clinic in an integrated hospital in Winterhaven California.

In early 2022 he expanded amblyopia and diabetic services to two remote native tribes along the Indian Health Service’s Colorado River unit at the base of the Grand Canyon in Supai AZ.

In his spare time, Dr. Santarlas enjoys playing soccer, tennis, and surfing. He is also a VFR-rated licensed pilot and avid traveler and musician.

Come See What We’re All About

Want to see what we’re all about?

We are located on Broadway in Lemon Grove across the street from Miss Donuts and a couple doors east of El Pollo Grill.

Parking is available in the large lot in front of our practice, which also has many accessible parking spots!

Tuesday to Friday – closed for lunch from 12 to 1

View Our Reviews
Leave a Review

Age-related macular degeneration, or AMD, is cause

Can you believe we’re already at the end of the

Zooey Deschanel is known for her quirky a-dork-abl